The Society for Research on Nicotine & Tobacco (SRNT) held its Annual Meeting in Chicago, IL on March 2-5, 2016. At that meeting, 15 independently conducted scientific studies with SPECTRUM® Cigarettes were presented in oral presentation or poster form. SPECTRUM® is a brand of “research cigarette” commissioned by the National Institute on Drug Abuse (NIDA), along with the U.S. National Cancer Institute (NCI), the U.S. Centers for Disease Control and Prevention (CDC), and U.S. Food and Drug Administration (FDA) designed to help the U.S. government better understand smoking habits and addiction.

22nd Century Group (XXII) is a subcontractor in the production of SPECTRUM® brand cigarettes. Due to 22nd Century Group’s unique proprietary technology and ability to grow tobacco across a wide spectrum of nicotine levels, the company was chosen to be the provider of these SPECTRUM® research cigarettes with varying levels of nicotine under this NIDA grant. In January 2016, 22nd Century Grop shipped approximately 3.0 million cigarettes ordered by the government, generating approximately $0.33 million in revenues to the company. The company generated $0.24 million of revenue from this business in the fourth quarter 2015.

Read my analysis of the Q4-2015 financial results here >> LINK
SPECTRUM® is an interesting proxy for MAGIC®, a very low nicotine tobacco cigarette currently being sold by 22nd Century Group in Europe, and Brand-A, an under-FDA review “modified risk tobacco product” (MRTP) that 22nd Century Group hopes to gain approval for later in 2016.

Below are all 15 abstracts from the SRNT meeting, most which read positively for the concept of SPECTRUM® by roughly 3-to-1. Not all the conclusions are consistent, but keep in mind these were all independent studies with no ties RTI International or 22nd Century Group. 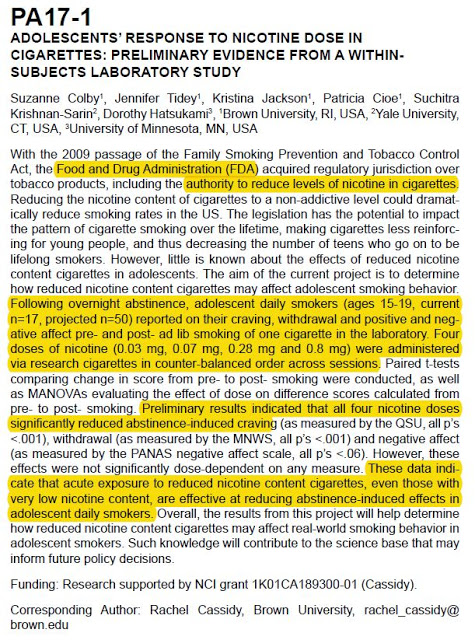 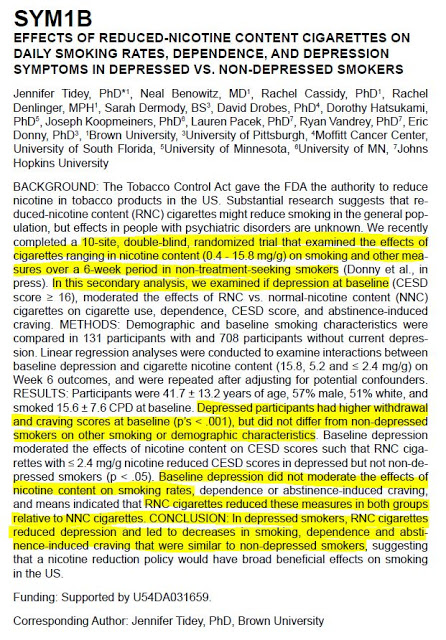 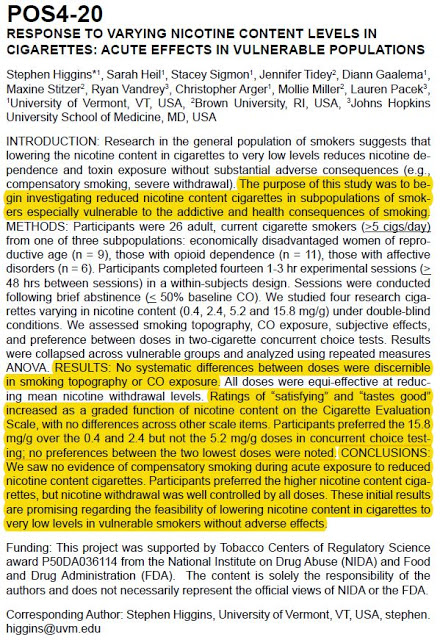 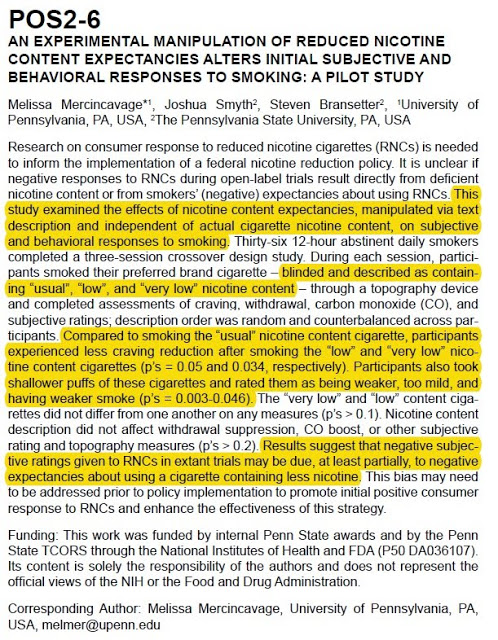 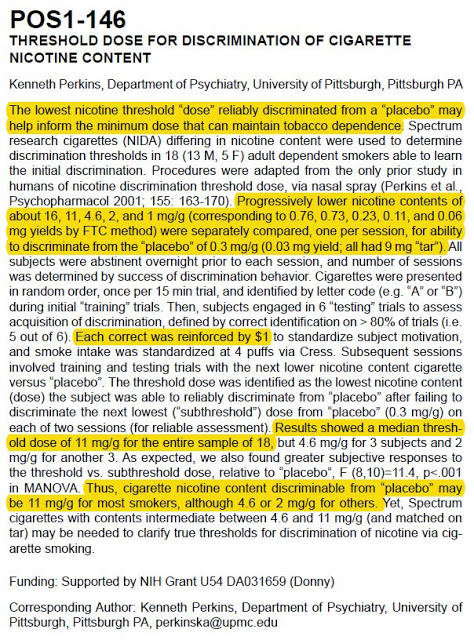 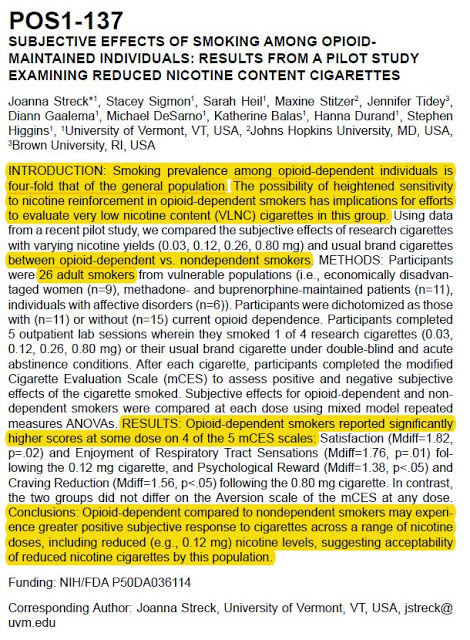 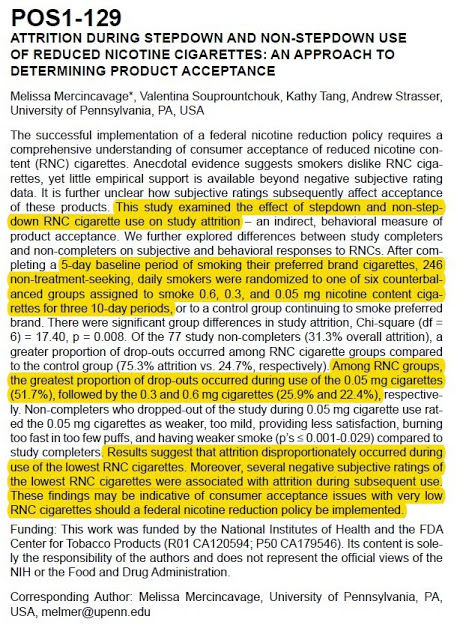 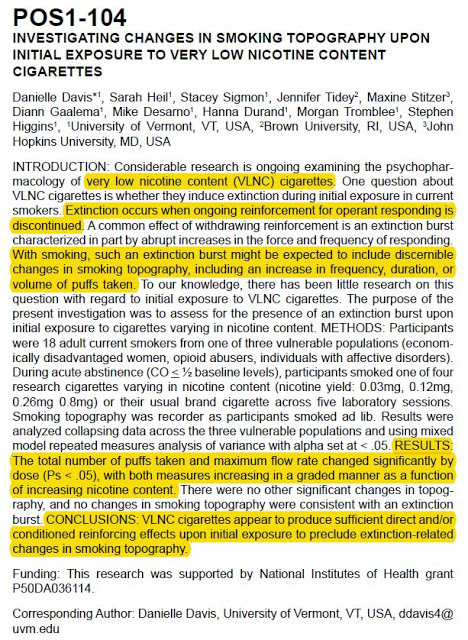 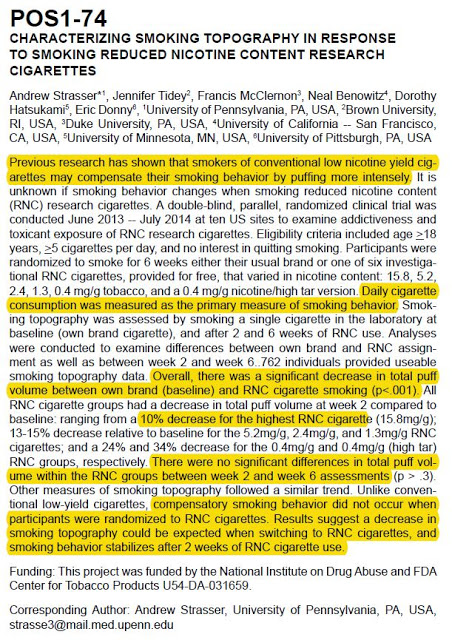 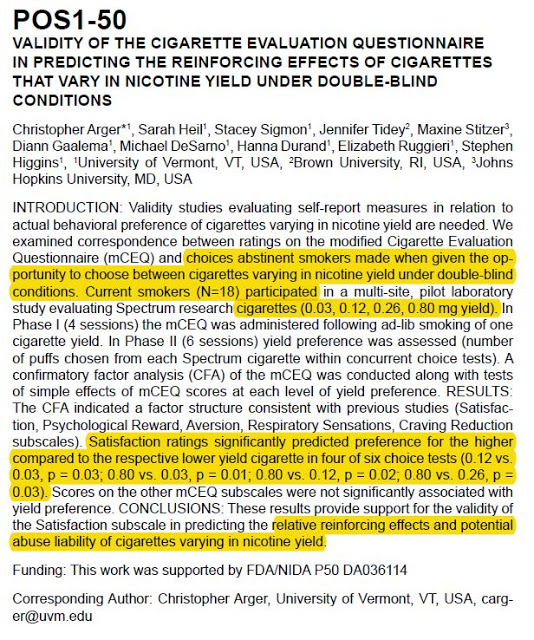