People get diabetes so often that doctors from all over the world are no longer talking about the morbidity rate, but about the epidemic. According to the International Diabetes Federation, 246 million people worldwide suffer from 1 or 2 type diabetes. 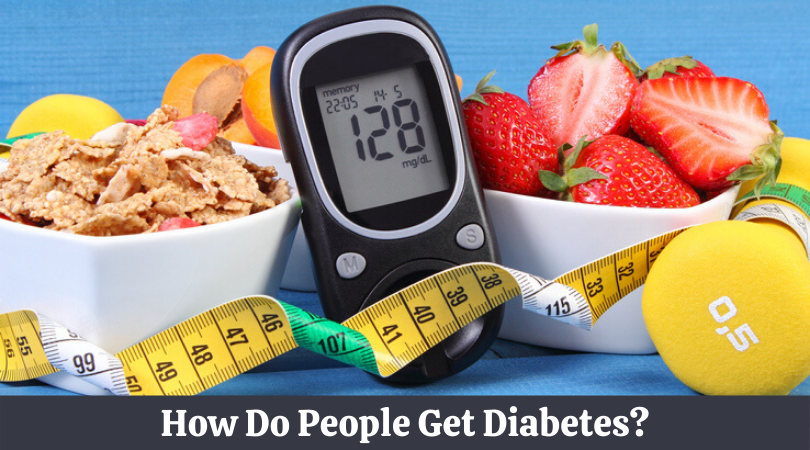 Diabetes mellitus is a chronic disease characterized by a high blood sugar level. High sugar level leads to the appearance of free radicals that damage the body cells. Also, glucose combines with proteins and DNA, turning them into substances that make the walls of arteries thicken. The blood vessels narrow. As a result, heart diseases may be diagnosed.

If the excess sugar is not removed from the blood in time, the person will gradually cease to navigate in space, will rave in sleep, and lose consciousness. Without medical care, a diabetic with sugar swings can die.

Since the system responsible for the sugar transfer from the blood to the cells can break down in several different ways, diabetes also needs to be treated in different ways.

A person gets sick with type 1 diabetes if the cells in the pancreas cannot produce insulin. This is the hormone responsible for transferring nutrient glucose from the blood to the cells. “Insulin-dependent” diabetes mellitus usually occurs in childhood or adolescence.

Cause: you get type 1 diabetes due to a malfunction in the immune system, in which the immune system begins to attack the β-cells of the pancreas. Less commonly, the disease develops due to viral diseases and stress.

Symptoms: the disease manifests sharply, so it is impossible not to notice it. A person experiences excitement and a terrible thirst, and at the same time, frequent urination is found. The smell from the mouth is like acetone, the skin itches, his head hurts. If a person is not helped, he may slip into a coma and die.

The disease occurs if the body ceases to have enough of the produced insulin or the sensitivity to it decreases. At the same time, the β-cells of the pancreas are in order. “Insulin-dependent” diabetes usually affects people over 40 years of age.

Type 2 diabetes occurs in people who have poor hereditary insulin sensitivity. In addition to them, people who like to eat more, and move less are at risk. The cells of the pancreas release more and more insulin into the blood every day to cope with the continuous flow of glucose. It breaks down and no longer copes with the production of the hormone, which is why diabetes develops over time.

Symptoms: signs of disease appear late, so people with diabetes often find out about their disease by accidentally having a blood test. Because of this, type 2 diabetes is often diagnosed only when an excess of glucose in the blood has provoked hypertension, atherosclerosis or coronary heart disease.

Therefore, if an adult suddenly begins to experience itching and unusual thirst, if he regularly tends to sleep, he quickly gets tired at work, is often sick or has tingling in his legs, you should consult a doctor as soon as possible. The sooner diabetes is diagnosed, the easier to control it later.

Severe type 1 diabetes mellitus requires constant medical supervision and immediate treatment of complications that arise. Insulin-dependent diabetes is a disease of young age that often affects children. The disease development is caused by a genetic predisposition and the impact on the child’s body of unfavorable factors (acute viral infection, psychological or physical stress, poor nutrition).

The prevention of insulin-dependent diabetes includes the following methods:

The treatment of non-insulin-dependent diabetes is based on the following recommendations:

Diabetes mellitus cannot be prevented. However, there are a number of recommendations, following which, you can reduce the risk of developing the disease.

The underlying causes of type 2 diabetes include obesity and genetic predisposition. Therefore, proper nutrition and physical activity are the fundamental points of disease prevention. In addition, it is necessary to prevent sudden surges in blood pressure, avoid stress, and treat any emerging diseases correctly and in a timely manner. 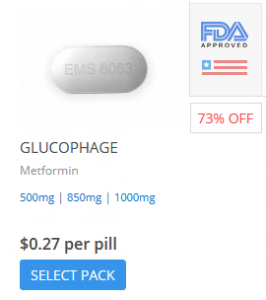 The antihyperglycemic effect of metformin (the main component of Glucophage) is a result of its effect on insulin sensitivity, mainly at the level of the liver, as well as muscle and adipose tissue. Generic Glucophage (Metformin) reduces glucose production mainly by suppressing gluconeogenesis: the expression of the gene that induces this process by phosphorylation of cyclic adenosine monophosphate (cAMP), a co-activator of CREB protein, decreases. In addition, the supply of gluconeogenesis substrates to hepatocytes and the inhibition of enzymes such as pyruvate carboxylase, fructose-1,6-bisphosphatase, and glucose-6-phosphatase are reduced.

Generic Glucophage is available for an order from Canadian Pharmacy Mall. It is possible to make an order within several minutes. Pharmacy Mall offers international delivery.

Under the influence of metformin, tissue sensitivity to insulin increases by 18-50%, resulting in increased glucose disposal by the liver, muscle, and adipose tissues. In these tissues, metformin promotes the binding of insulin to receptors. There is also an increase in their number and affinity, activation of post-receptor mechanisms of insulin action, in particular tyrosine kinase and phosphotyrosine phosphatase.